The Princess Alexandra hospital in Harlow was one of six hospitals to be handed a share of £2.7bn in September 2019 as part of the first wave of the government’s health infrastructure plan. 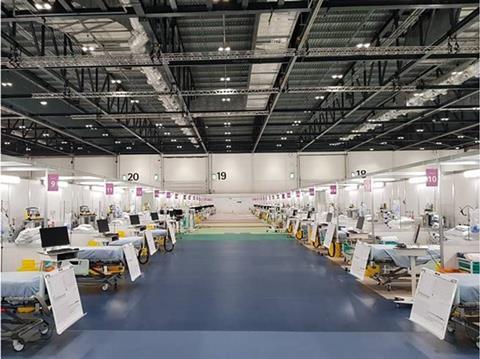 Constructing understands that Andrew Panniker, who’s the director of estates on the Royal Free Hospital and managing director of its subsidiary RFL Property Providers, has been introduced in to supply recommendation on the challenge.

In response to James Hepburn, BDP’s lead architect on the Nightingale project, Panniker was the man in charge of the scheme.

Talking to Constructing final yr he mentioned: “Unknown to me, he [Panniker] and Matt [Shaw, chief executive of Great Ormond Street Hospital] had had a gathering on the ExCeL with the Military.

“He mentioned might we assist? I made just a few telephone calls to drag collectively some architects and engineers and all of us turned up on the ExCeL on Monday morning to fulfill Andrew and Matt, not understanding what to anticipate.”